From Disconnected to Included with Gunnar Habitz (Episode 4) 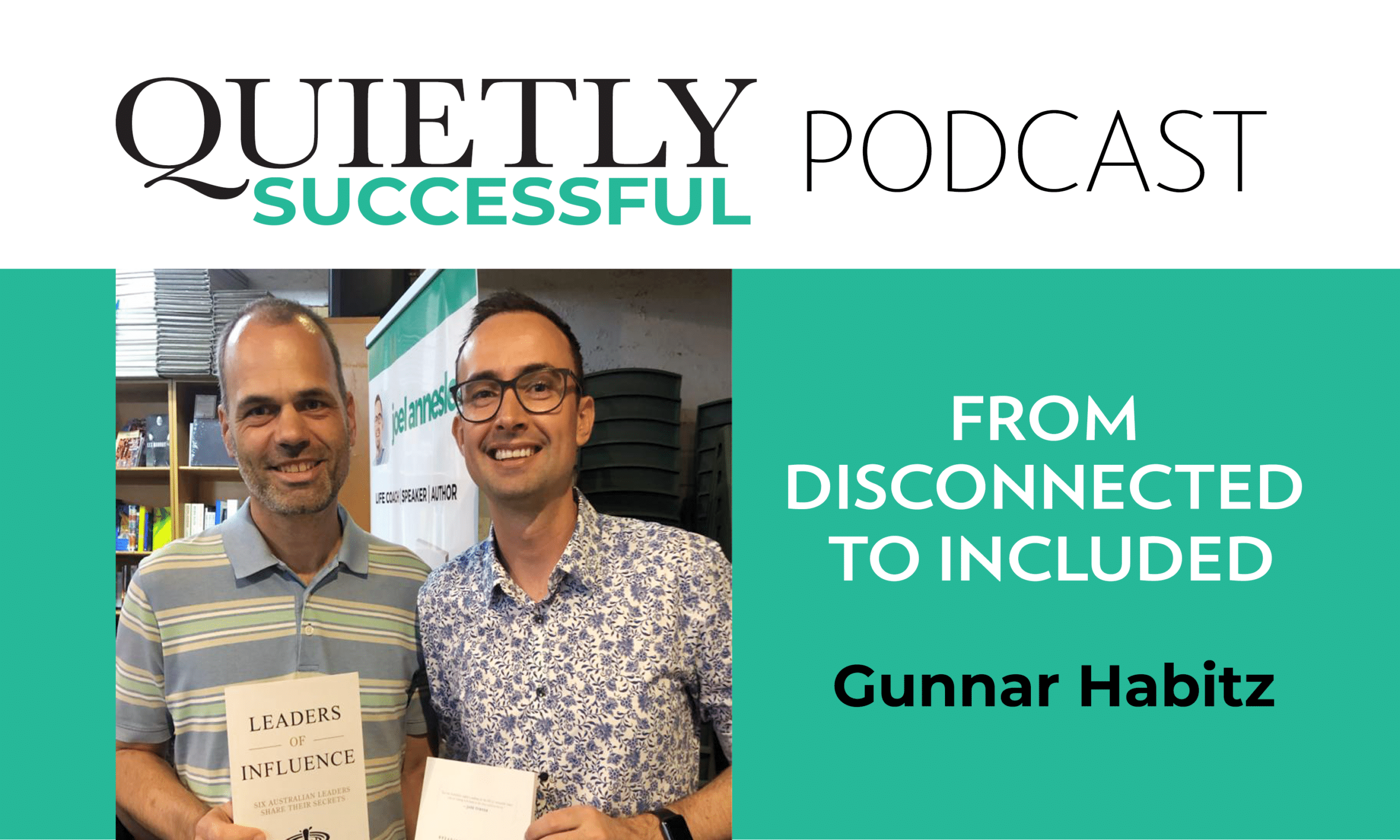 What happens when your life turns upside down after being told your job is being made redundant? Turn into the Quietly Successful Podcast to hear the inspirational story of Gunnar Habitz, who went from feeling disconnected to included, after starting a new life in a new country. In this interview, Gunnar shares his ‘road-map’ to help anyone re-bound from redundancy and develop a new life with confidence.

Gunnar Habitz is a fellow introvert and author of multiple books. He recently launched a book called Lessons I Learnt where he contributed a chapter called From Laid Off to Paid Off.  I call Gunnar as a social media guru, where he is an advocate for social selling, a process for developing genuine relationships for which his harnesses the power of social media to foster. He has recently commenced a new role at Hootsuite, in which their mission is to ‘champion the power of human connection’.

Gunnar calls himself a born introvert, originally from northern Germany. He was naturally a curious learner, excelling in his studies, but was less active in sports. As a result, he was seen as an outsider and missed out on opportunities, as he described as ‘sacrificed being normal’.

As I like to say, ‘normal’ is very overrated, anyway!

Gunnar found his confidence in the written form and developed a great desire to be published, a goal he achieved at the age of seventeen.

His written word gave him the opportunity to take on the role of tour guide, a role that many of us introverts may find challenging. Gunnar mentioned how he initially found himself questioning things like his tone of voice, acknowledging that being behind the microphone was not his favourite pastime. In time, however, he gained confidence made the tour guide role his own.

Lesson: leverage the confidence from the communication style or medium you flourish in and expand this into other areas.

Gunnar shared the two following experiences that have shaped him into the person he is today. The first of which, was redundancy. Initially, he had thoughts of failure. One of the great insights he took from this experience was not to take an experience like this, personal. It was not him that was made redundant, rather, it was his position. He was not at fault.

At this point in his life, he could have seen the experience as a major setback. Instead, he took it as an opportunity to grow. In fact, he made the bold decision to relocate to Sydney, Australia, and start a new life.

Initially, the experience was that of feeling disconnected. Being in a new city where nobody knew him was the ultimate feeling of being totally alone. For any introvert, the thought of having to start again – to build a network of friends and professionals from scratch is absolutely exhausting. Not to mention all the ‘small talk’ ahead of you in an effort to get to know people!

To combat this potential overwhelm and exhaustion, Gunnar mentions that he used his existing network ahead of time to find connections to Sydney. To his surprise, one of his former colleagues had moved to Australia. Before too long, his network was growing. Initially, attending meetup groups were challenging, especially not being in his native language. He noticed himself overthinking, questioning what he should say to others.

Yet, like his experience as a tour guide, it has become easier with time. Today, he’s running his own meetup events and teaches the skills that he has developed.

Gunnar shares some fantastic tips for anyone who has experienced redundancy or significant change, and is feeling overwhelmed by having to start again.

Gunnar’s story is truely inspirational, and I recommend taking the time out to listening the podcast in full.