5 Networking Tips for Introverts to Connect with Confidence 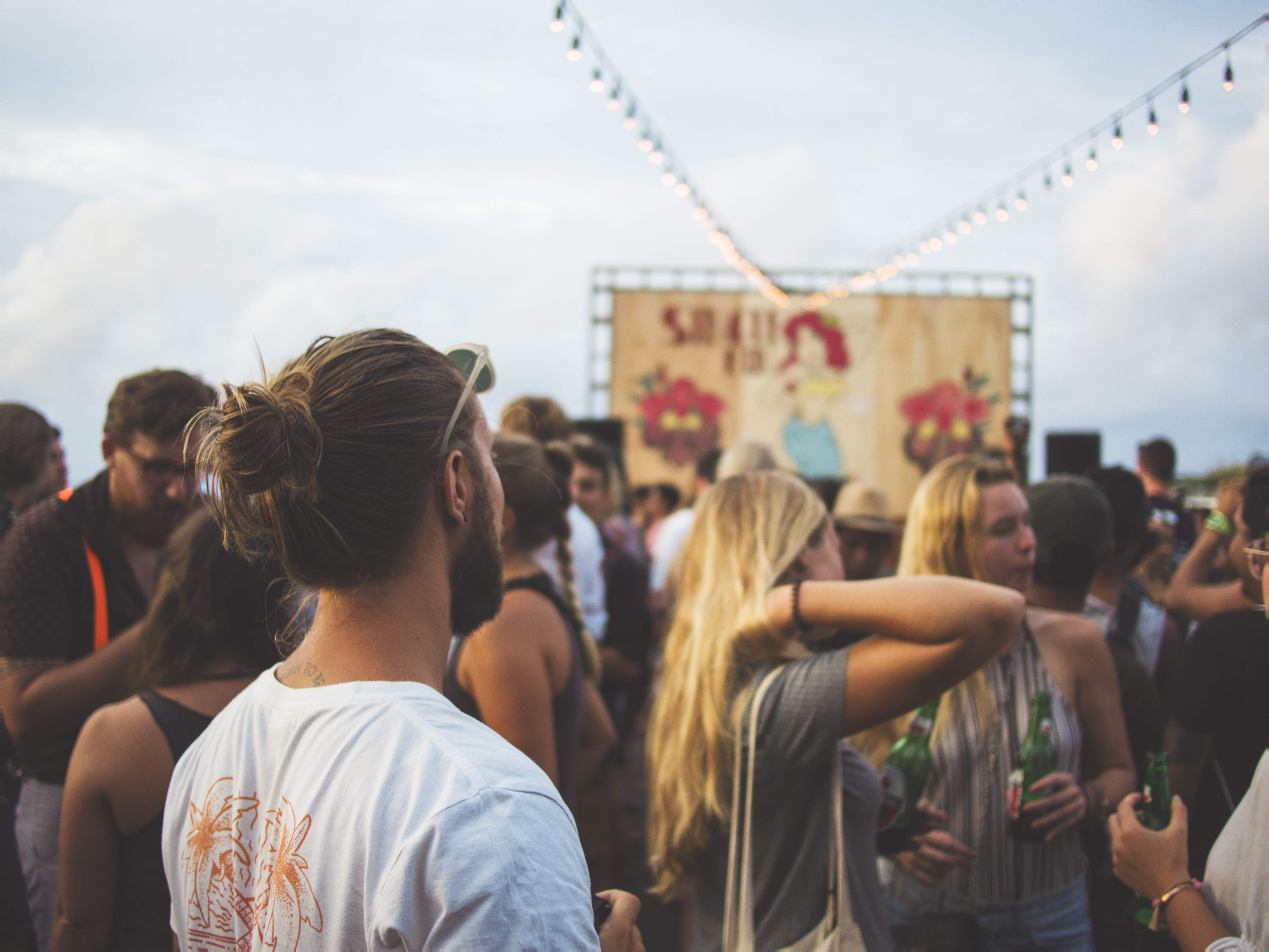 Hi, fellow introvert. If you’re reading this, I’m going to assume that you’re looking for some tips and advice on how to increase your confidence at networking events and social gatherings.

Let me give you some background. I call myself a former shy person, now happy and thriving introvert. I love my quiet time but I can enjoy networking and social events on the proviso that I get plenty of downtime to recharge and recover.

In the past, I would suffer from pretty bad social anxiety, and I would constantly overthink and overanalyse everything. I was terribly conscious about how I looked and what other people may have thought about me. I couldn’t think of anything worse than the idea of walking into a cocktail party with an unknown crowd of people.

To the point that when I’ve entered a crowded room, I would be overcome with anxiety and felt completely out of place. I felt like I didn’t have control over my hands and arms and was paranoid that I’d drop something or make a complete fool of myself. To give you an example of how I felt, here’s a sketch from the comedy show ‘Keeping Up Appearances’ where the poor neighbour Elizabeth is so concerned about dropping Mrs Bucket’s precious hand-painted China that she almost always manages to drop her tea all over the floor, without fail.

I’d do my best efforts to hide my anxiety, but when I was aware that I couldn’t hide it–I’d beat myself up. I’d leave an event feeling like a fool, and wish I’d stayed home instead.

While I was completely occupied with wondering around how can I control my limbs without appearing like an idiot, I was then faced with the terror of what am I going to say? What if I say the wrong thing? Or even worse, what if I run out of things to say and I’m left with nothing but awkward silence? What if I bore the person that I’m talking to?

The fact is, I was so caught up in worry and concern, that I wasn’t able to engage in a productive discussion and unfortunately, I became a self for-filling prophecy. The more I tried to overcome my anxiety and shyness, the worse I felt.

In time, I’ve learned to calm my nerves and anxiety. No, they haven’t disappeared completely but it doesn’t bother me like it used to. As a result, I can enjoy a networking or social event without the mindset chatter.

In this post, I’m going to share with you my five top tips to help you feel comfortable when you enter that networking or social event.

The fact is, confidence and perfectionism are completely two different things. I see confidence not as skill, but rather an outcome. Confidence is not something learned, it’s something that happens to you unexpectedly. It creeps up on you and suddenly gives you this unshakeable feeling–that you thought that was never possible. But confidence doesn’t make an appearance until you’re ready.

I can hear you saying, “I’m ready!” I also hear you saying “I’ve struggled enough with the pain, the anxiety and the worry must come to an end.” I hear you, you want the confidence pill already.

But confidence is not a pill. As I said earlier, it’s an outcome, and it’s not a skill. The outcome of confidence finds you when you least expect it. You want to know the secret to what skill you need to develop?

The answer lies within the headline, in fact, it comes down to a simple word. That word is to ’embrace’. You see, I spent many years hiding. Trying to cover the fact that I was nervous, shy or that I struggled with anxiety. I was so worried that people might notice the fact that I was trembling, shaking. I was worried that they would think that I couldn’t function properly as an adult. So my answer why to be ruled by shyness. My answer was to hide.

I’m telling you now, to hide was not the answer. The answer is to embrace. To not worry what others might think of you when you appear less than perfect (and of course, let me remind you that to find perfection is impossible).

The answer is to embrace the weirdness–if fact, own it. If you’re nervous as hell, that your anxiety is running wild, don’t be afraid. You’re not the only one in this situation and the sooner you choose to own it, rather than hide from it–the sooner it loses intensity.

If you’re shaking like hell–don’t hide hide it. Shake it off.

Before you know it, you’ll realise that you’re more normal than ever. The fact is, most people feel anxious, feel uneasy when they step into new environments. When you reveal and own the fact that you’re feeling uneasy, and anxious, you open a dialogue with others. You step into a position of vulnerability, and you become relatable as ever. You become courageous and people will respect you for it.

“Courage starts with showing up and letting ourselves be seen.”

Next time you feel anxious, own it and watch it dissipate.

One of the greatest challenges of attending an event is actually getting there. It’s easy to RSVP weeks in advance, but a few days before the event, you’ll more than likely start finding excuses why you shouldn’t attend. Before you know it, you’ve found concrete evidence as to why you can’t attend and you’ve suddenly amended your RSVP from ‘Yes’ to ‘No’.

But the fall out is real. After the event, you suddenly transported to complete regret. Why did I talk myself out of being brave? The spiral is uncontrollable and the fallout is painstaking. The knock to confidence levels feels very real.

But it doesn’t have to be that way.

The reason why most of the time we RSVP ‘No’ is we are scared of the outcome. We fear the worst – complete isolation and ridicule at most. As human beings, we naturally fear the unknown. It’s our basic instincts kicking in. Those ‘fight/flight’ tendencies kick in and we run for the hills before there is any evidence of danger. The reaction within the body is the same, regardless of whether you’re being attacked by a leopard in the wild or you’re faced with a group of seemingly confident people in front of you.

There are ways to protect yourself, and one of the best strategies is to arrive early and scope out your surroundings.

Because when you’re on friendly (and comfortable) surroundings, you’re less on edge. So if you need to, scope out your venue early and make yourself at home. In fact, you might even like to find the venue a few days before, so it becomes your space before anyone else’s. You take the stress out of finding where it is, and you get the opportunity to enjoy the space while it’s quiet. Then, when everyone else arrives, they are arriving in your space.

If you don’t have the opportunity to scope out your surroundings a few days beforehand, there is an incredible benefit to arriving early on the day. Now, I’m aware that everyone says that you can’t be the first at a party, but I’d like to challenge this notion and disagree.

If you’re early, you have the opportunity to talk with the event organisers along with others who are first to arrive. The benefit to this is that you have the opportunity to spark up conversations in an environment that is far less overwhelming. The added benefit is that you may find yourself forming a discussion group or bond with others that continue for the rest of the evening. Before you know it, you’ll notice others that are trying to introduce themselves to your group.

Most of us have great expectations before we walk through the door. That somehow despite all our challenges, we will leave the venue victorious. We will have conquered the conversations and somehow tapped into some dormant extroverted personality type that might be lurking within.

Problem is, this ties into our innate desire to be perfect, we also desire to find perfect circumstances. The problem is, when we walk in with expectations of perfection, we leave with disappointment. When we walk through that door with no expectations, there are no regrets. Whatever happens, simply happens.

In the event where you’re setting yourself stretch goals, for example: speak to a certain number of people – don’t forget to be realistic and ask yourself what is the true value of the goal? Because one good conversation could be far more rewarding that fifteen conversations that get stuck on the weather.

There’s nothing more awkward than silence. Trust me, I’ve been there. But then I ask the question, why does silence have to be awkward? Who decided that silence was awkward?

The problem is, we’ve become programmed to fear silence. We decide that silence between two people (or more) is not normal, and everyone feels awkward when silence exists.

Usually, what happens is that you blame yourself for the silence. You determine that silence exists because you did something wrong with the conversation.

That’s what I did, anyway. I chose to believe that silence existed because I wasn’t skilled enough at the art of communication because I was so caught up in my head.

I encourage you to see silence in a different light. Silence can be powerful. Silence can evoke insightful thought and reflection. What can result from silence can lead to some of the most powerful discussions and deep connections.

Next time you detect silence, think twice about placing blame. Perhaps the silence needed to exist? I invite you to become curious.

Often, when we are so caught up in our head, we don’t have the resources available to devote to productive conservation. It’s not your fault, it just is mentally draining and feels almost impossible to form any kind of bond or rapport.

I have a simple solution for you.

Because when you learn this, you’ve developed the ultimate superpowers of networking and connection. All of a sudden the focus is off you. It’s almost a miracle because you don’t have to prove yourself or act in a certain way. Its a sigh of relief. All you need to do is show up and be there for somebody. Listen to them, discover their challenges, and obstacles without trying to solve their problems.

Again, all you’re doing is observing.

And your observer will notice. They will notice that you’ve made time for them, that you’re interested in them. Ultimately, you’ve validated them.

As human beings, we crave validation. If you validate, you create a connection. Most people don’t need us to solve their problems, they just need someone to hear and validate them. If you’re anything like me, when you learn to ‘get out of your own head’ these skills come naturally.

When you learn to embrace and own your weirdness, you invite a more gentle, curious approach to facing a networking environment. You care less about what others may think and you’ll embrace your Quiet Confidence.

As quoted from Quiet Confidence: Breaking Up with Shyness:

“The quiet ones, the introverts, are uniquely gifted. We have tremendous patience and empathy. We don’t need to say much, yet we’re able to build deep connections and rapport with those around us. The act of displaying Quiet Confidence is much easier to cultivate than we think. It’s built-in, a bundled accessory, we simply have to activate it!”